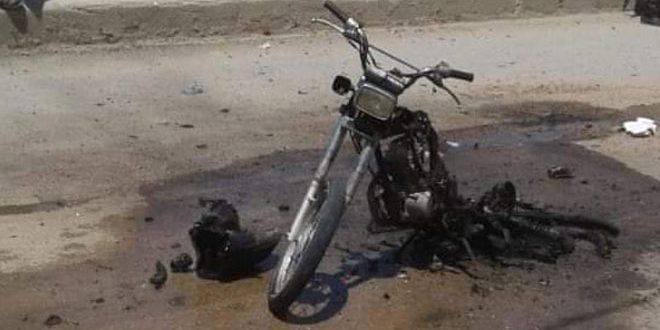 Hasaka, SANA- A child and his father were injured when a motorbike bomb exploded on Friday, in the main street in Ashaddadi city in Hasaka southern countryside, causing material damage.

“A 5 years old child and his father were injured in the explosion that also caused damage in some shops and stopped cars in the site” SANA reporter said.

Last March, a civilian was martyred and 4 others injured in similar explosion by motorbike bomb in Ashaddadi.