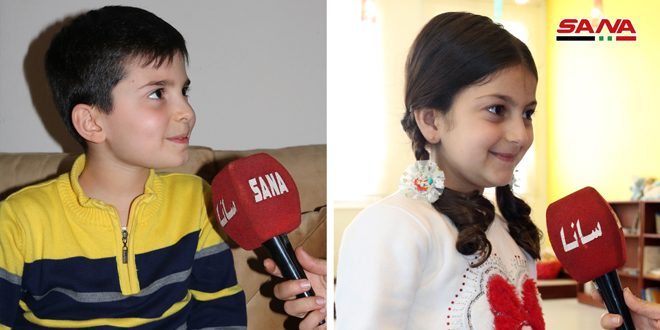 Lattakia, SANA_ Children’s Public Library Association in Lattakia province launched a campaign under the slogan “From Syrian children to the world … stop the Coronavirus … stop the sanctions.”

The campaign has had positive repercussions and wide participation by children whose videos obtained a high number of views on the Internet.

“There is a great interaction of children, who from their homes transmitted a human message to the world and called for lifting unilateral coercive measures imposed on the Syrian people,” said Adawiya Dayoub, the adviser of the Association.

She hoped that this initiative will turn into a civil movement capable of making real change in the world leading to lifting coercive measures imposed on Syria.

According to Lama Zaina, the member of the Association’s Board of Directors, the children, ages 4 to 12, showed creativity and eloquent and rhetorical skills, as well as speaking fluently in several languages ​​such as English, French and Swedish.