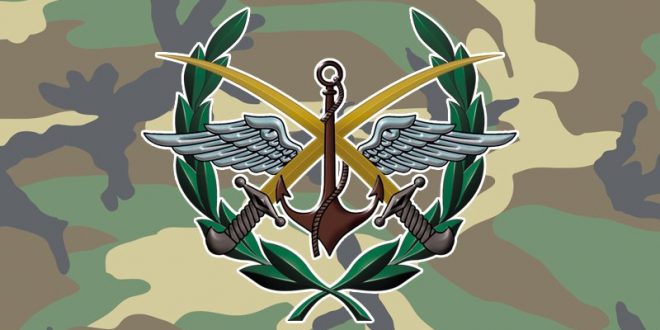 Damascus, SANA_ General Command of the Army and the Armed Forces on Sunday issued two administrative orders releasing reserve officers and civilian reserve affiliates who have served more than three years of reserve service as of April 1, 2020.

The order also releases the military and non-commissioned reserve officers who began their reserve mission before the date of January 1, 2013 and completed more than seven years of reserve.

Reservist physicians will be released if not required by a decision of the Department of Medical Services.