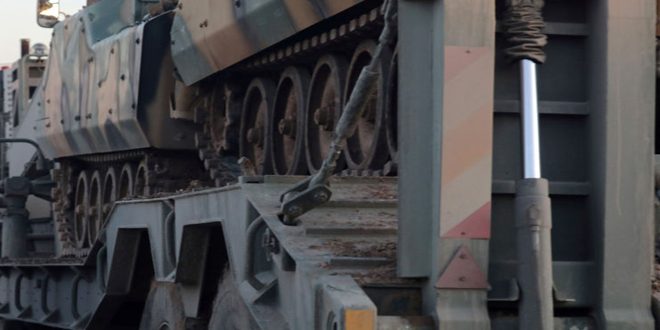 The source said in a statement published by Sputnik on Saturday that Turkey is mobilizing its troops, weapons, and military vehicles in Idleb, and handing over part of the weapons to Jabhat al-Nusra terrorist organization, which is listed on the international terrorism list.

The terrorists received US man-portable air-defense systems from Turkey which is a cause of a great concern, the source indicated.

The Turkish regime is actively mobilizing its forces in Idleb and providing the terrorists with Turkish military uniform which causes a great concern, the statement noted, adding that Jabhat al-Nusra terrorists and other terrorist groups take part in the aggression against the Syrian Arab Army under the guise of Turkish army.

The source indicated that, over the past week, Syrian Army destroyed over 20 tanks and troop carriers delivered to terrorists in Idleb by the Turkish regime.