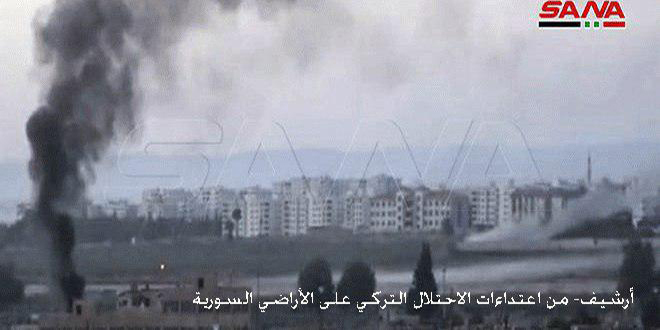 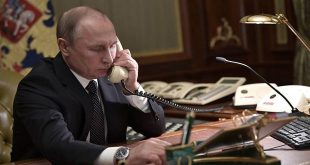 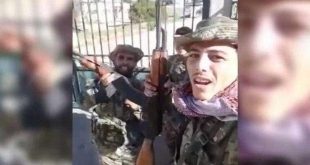 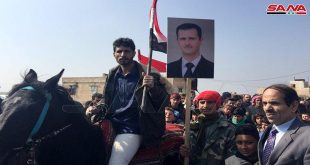 Hasaka, SANA – The Turkish occupation forces and their terrorist mercenaries on Friday fired a number of rocket shells at villages in Hasaka countryside.

SANA’s reporter in Hasaka said that the Turkish occupation forces and terrorist groups allied with them fired rocket shells at villages in Abu Rasen area and al-Tawila in Tal Tamer’s western countryside, causing material damage to public and private properties.

The reporter added that the Turkish occupation sent a convoy of military vehicles through al-Sukkariya border village to villages northwest of Aby Rasen town, in addition to moving a convoy consisting of 8 tanks, 10 personnel carriers, and 5 rocket launchers from Ras al-Ayn city towards Mabrouka west of the city. 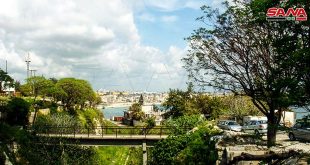