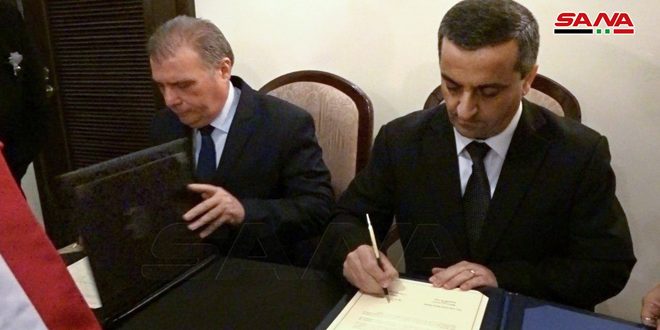 Havana, SANA – Syria and Cuba have signed an agreement for cooperation in tourism field.

The agreement was signed in Havana on Tuesday by Cuban Tourism Minister Juan Carlos Garcìa Granda and the Syrian Ambassador in Havana  Dr. Idris Mayya.

Garcia Granda hailed the tourism factors which Syria enjoys, voicing his confidence over the return of stability and security to all Syrian territories.

He affirmed the importance of implementing the agreement in terms of benefiting from the two countries’ experiences and remarkable elements and capabilities in tourism field. 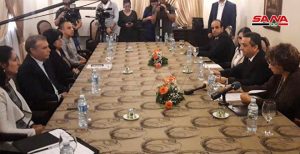 The Cuban Minister condemned the systematic targeting of tourism sector in Cuba by Washington through imposing sanctions on  institutions and facilities in Caribbean Island.

He said that the number of tourists visited the country last year reached about 4,5 million .

For his part, the Syrian Ambassador said that inking the agreement will positively contribute to enhancing the cooperation relations and brotherly ties between the two  peoples and countries.

He gave a brief idea about the factors of tourism which  Syria possesses, touching upon the measures taken by the Syrian government and Tourism Ministry to revive this important sector.