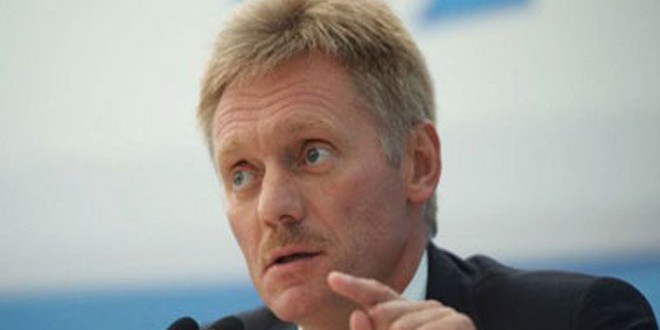 Moscow, SANA- Spokesman for the Russian Presidency Dmitry Peskov stressed that the terrorist continued attacks targeting the Syrian Arab Army and the Russian forces are launched by terrorist organizations that are spread in the areas where the Turkish occupation forces are deployed.

In a press statement on Thursday, Peskov expressed Moscow’s concern over the hostile operations of those terrorist organizations in Idleb, where Turkish forces are spreading, against the Syrian Arab Army, as well as the Russian military facilities in Syria.

The Army and Armed Forces General Command said that in a flagrant simultaneousness with the Israeli air aggression and under its coverage, a Turkish military convoy passed into the Syrian lands with the aim to protect terrorists, on top Jabhat al-Nusra, and to impede the advance of the Syrian Arab Army and to prevent it from completing the elimination of systematic terrorism which besieges civilians in Idleb province and take them as hostages and human shields.