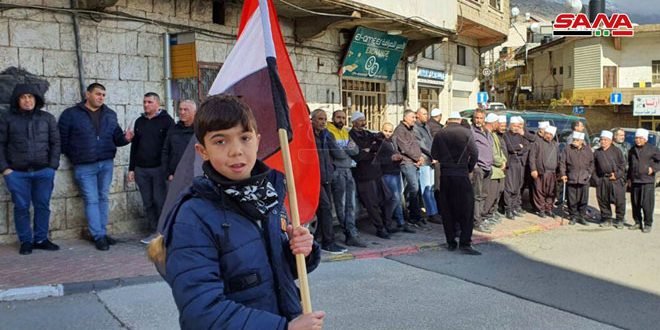 Quneitra, SANA – The people of occupied Syrian Golan on Sunday staged a general strike in the protest of the aggressive and expansionary Israeli practices and measures against the Golanese, the last of which is setting up “wind turbines” on their agricultural lands and confiscating their properties by force. 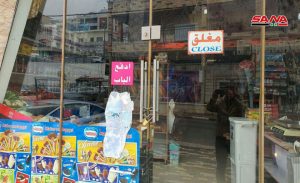 The strike comes after a meeting held by the religious figures and dignitaries from the Golan in Majdal Chams town on Saturday.

In a statement to SANA reporter in Quneitra, the people of the Golan stressed that the establishment of wind turbines is a series of Israeli settlement plans to loot lands from their owners and displace them.

They expressed their readiness to confront the plan and its executive tools on the ground.

The Golanese renewed their adherence to national unity and their absolute rejection of all plots being hatched against the Syrian Golan.

The plan of the turbines, involves seizing around 600 dunams (around 150 acres) of the locals’ lands to build 52 wind turbines.