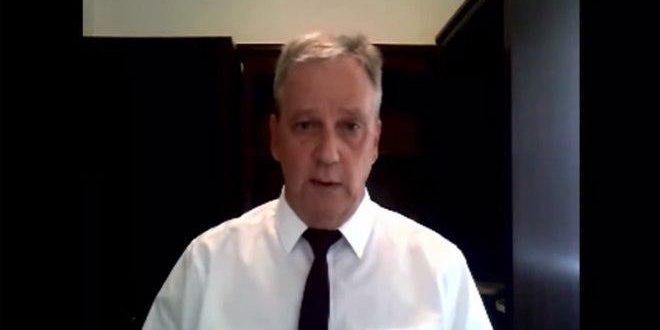 New York, SANA- Organization for Prohibition of Chemical Weapons (OPCW) Expert and one of the members of the Fact-Finding Mission (FFM), Ian Henderson, said in a video testimony during a meeting in New York on alleged Douma chemical incident that his main concern is related to the OPCW final report and the way it was drafted, and it started with the organization’s announcement in July 2018 about a new concept related to the FFM core team, which led mainly to the dismissal of the experts who had been on the team deployed to Douma City, and consequently excluding them from the findings, conclusions and analysis.

Henderson added that the conclusions in the final report were contradictory and were a complete turnaround with what the team had understood collectively during and after the investigation process in Douma, pointing out that the team had serious doubts that there was no chemical attack.

Henderson indicated that the final report did not present new facts related to witnesses’ testimony analysis, chemical analysis, or engineering of ballistics movement, which had resulted in a complete turnaround in the situation from what was understood by the majority of the team and the entire Douma team.

“In my case, I had followed up with a further six months of engineering and ballistics studies into the cylinders, the result of which had provided further support for the view there had not been a chemical attack,” Henderson said.