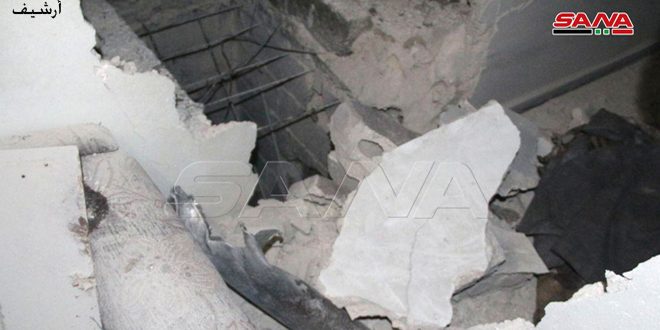 Aleppo, SANA_ A civilian was martyred on Sunday in a terrorist attack with rocket shells on Halab al-Jadida (new Aleppo) neighborhood and the 3000 Apartments Project in Aleppo city.

SANA reporter said that the terrorist organizations, holed up in the western and southwestern outskirts of Aleppo city, attacked with rocket shells Halab al-Jadida neighborhood and the 3000 Apartments Project in the city.

The attack, the reporter added, resulted in the martyrdom of a civilian, burning several cars in the place of the shells fall and material damage to civilians’ houses and properties.

Over the past days, 11 civilians were martyred, more than 24 others were injured, and material damages were caused to the homes and properties of the people as a result of terrorist rocket shells attacks on safe neighborhoods in Aleppo city.