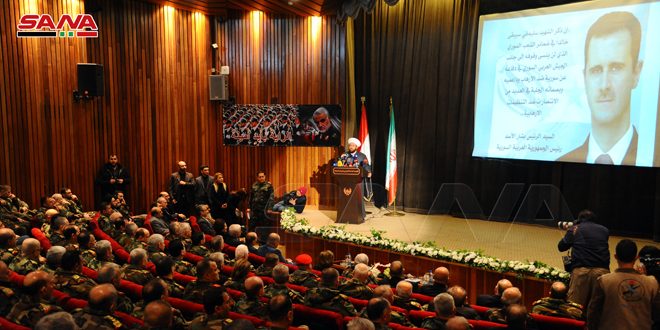 Damascus, SANA – The General Command of the Army and Armed Forces on Sunday organized an event at al-Assad National Library to commemorate the martyr Lt. Gen. Qassem Soleimani the Leader of Quds Force, and his colleagues. 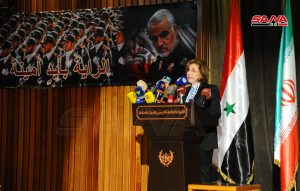 In a speech at the event, Presidential Political and Media Advisor said the legacy of Soleimani and his fellow martyrs will live on in this land, while Deputy Defense Minister Mahmoud Abdulwahab Shawwa said that the martyrdom of Soleimani strengthened the course of resistance against the Israeli enemy and all occupiers.

Grand Mufti of the Republic Ahmad Bedreddin Hassoun said that Soleimani was a hero who will not be forgotten, while Iranian Ambassador in Damascus Javad Turkabadi said that Syria had a special place in Soleimani’s heart as evidenced by his presence in the front lines of battles.

The event included screening a documentary about the life of Soleimani.