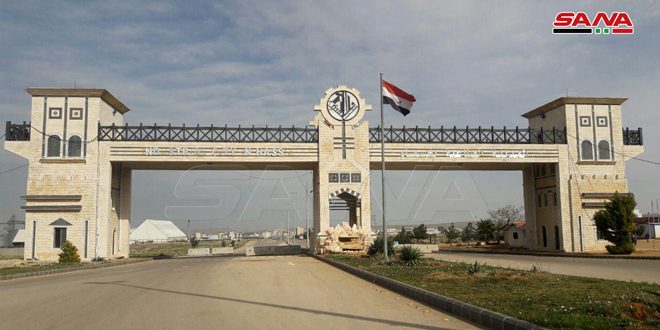 Homs, SANA- Supported by a package of legislations and facilities, Hessya Industrial City has witnessed a large growth during the last period so that the city attracted about 916 investors during 2019 and ensured about 30,000 job opportunities.

Director of the City Bassam Mansour told SANA in a statement that a significant increase in the investment revenues has been achieved during the last year up to the end of last November estimated at SYP 2,247 billion, as well as the revenues have achieved a remarkable increase between 2013 and 2018.

He indicated that the investors in the city are heading towards the engineering industries which play a key role in the reconstruction process in Syria and meet the need of the citizens, particularly manufacture the lighting lamps, switches, electrical transformers and Electrical control units.