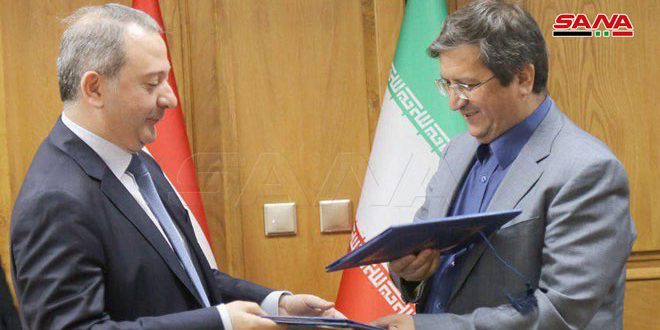 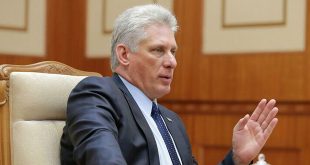 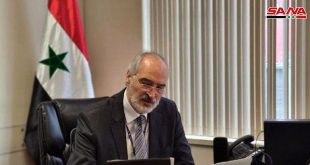 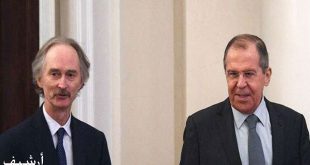 Tehran, SANA_ Governors of Central Bank of Iran (CBI) Abdul Nasser Hemmati and Central Bank of Syria (CBS) Hazem Qarfoul reviewed  ways to strengthen and expand banking relations, set up a joint bank and to implement  the memoranda of understanding which have already been signed by both sides.

During a meeting in Tehran on Monday , Hemmati and Qarfoul  agreed on setting up a joint banking committee comprising representatives of the two countries’ banks under the auspices of the central banks of Iran and Syria to follow up the implementation of the memoranda of understanding signed between them.

The Governor of CBS expressed Syria’s willingness to cooperate with Iranian banks, welcoming the transfer of Iranian technological expertise to Syrian banks.

The Iranian official, in turn, hailed the memoranda of cooperation concluded between the two countries’ Central Banks, hoping that the banks will take steps to implement these agreements to strengthen the bilateral economic relations.

Hemmati voiced full support for efforts to develop cooperation between Iranian and Syrian banks, saying that Iranian-Syrian economic  ties have entered a new phase and that the recent banking deals carry a main message for the companies and are a serious step for boosting trade between their businessmen.