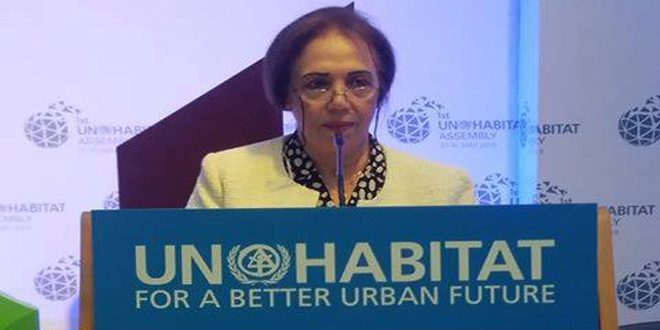 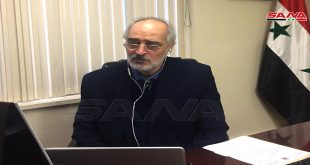 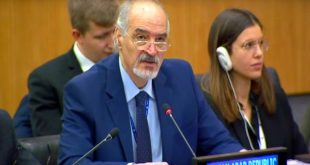 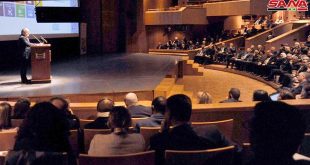 17 goals in First National Report for the Sustainable Development determined

Nairobi, SANA- Permanent Representative of Syria to the United Nations Office in Nairobi Sawsan Alani said that terrorist war on Syria led to massive losses and extensive destruction in economic , social and environmental structure, as it also caused huge damage to infrastructure, Syrian heritage , and archaeological heritage with historical value.

Delivering a speech during activities of the first session of the UN-Habitat Assembly in Nairobi, Kenya, under the theme, “Innovation for Better Quality of Life in Cities and Communities” on Thursday, Alani said that the unilateral coercive economic measures imposed by some countries and regional entities on Syria since 2011, which are continuing up to now illegally and in contradiction to the UN Charter, and the UN resolutions impede achieving the goals of the 2030 Sustainable Development Plan as they caused massive losses to the Syrian economy , the country’s capacities, the civil community , and the private sector aimed at achieving development goals.

She pointed to the disastrous effects of the Israeli entity’s continued occupation of the occupied Syrian Golan in addition to depleting of its resources, and wasting them.

Sha also highlighted the Israeli exercises on the occupied Syrian Golan , which are represented through polluting of its natural environment, depriving the people of the Golan of their basic rights , and seizing their lands.

She called on the United Nations Human Settlements Programme (UN-Habitat) and the others relevant international organizations to take urgent and serious actions to monitor and respond to the negative effects of the unilateral coercive economic measures imposed on Syria , and to re-launch the development in order to alleviate the Syrians’ suffering through providing support to implement sustainable development programs and plans away from the conditions and political considerations of donors.