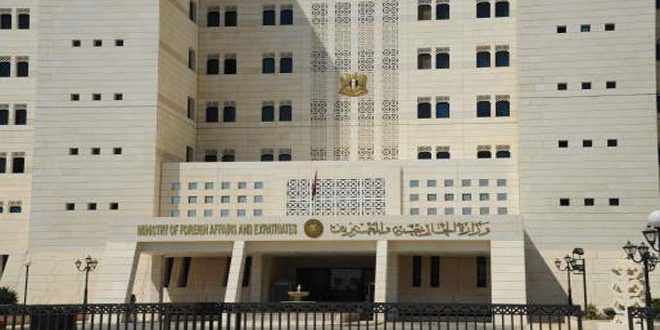 Damascus, SANA- Syria expressed its rejection of any acts that would hinder the navigation movement in the Arabian Gulf, stressing the importance of respecting rules of the international law through guaranteeing freedom of navigation for all and avoiding any measures that would violate these rules.

An official source at Foreign and Expatriates Ministry told SANA in a statement that Syria expresses its rejection of any acts that would hinder the navigation movement in the Arabian Gulf, which would leave negative impacts on all countries of the region.

“Syria calls on the parties to have self- composure as the escalation of tension in the Gulf does not serve the interest of the regions,” the source said, adding that having dialogue away from any foreign interference will undoubtedly lead to de-escalation and ensure security, peace and stability in the region.

Damascus, SANA- The first semester exams have started at the governmental universities for the academic …