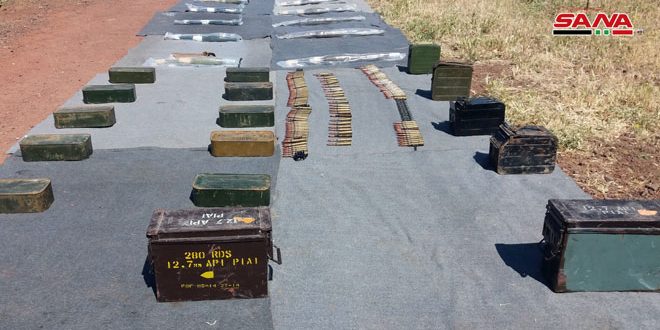 Quneitra, SANA-The competent authorities in Quneitra found on Saturday weapons,  equipment and medicine, some of them of Israeli-made, left by terrorists in Quneitra countryside. 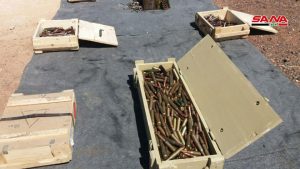 In Deir Ezzor, members of Internal Security Forces , in cooperation with locals in Deir Ezzor province, found large amounts of weapons, and shells left behind by Daesh(ISIS) terrorists in surroundings of al-Rahba Castle to the west of al-Mayadeen city. 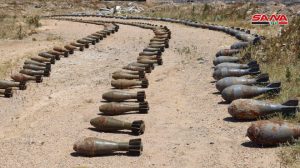 Speaking to SANA, Deir Ezzor Police  Chief, Nizar Hasan that underground weapons and munitions left behind by Daesh terrorists were uncovered in a site at the outskirts of al-Mayadeen city.

He said that the weapons will be delivered to the authorities concerned, calling on the citizens to cooperate with the police units and provide them with any information on the sites of weapons left by Daesh.

In Homs, authorities discovered a number of assault rifles, launchers, and large amounts of ammo left behind by terrorist organizations in the northern countryside of Homs. 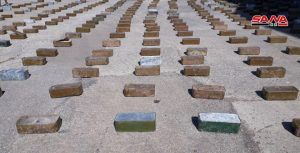 SANA’s reporter said that while continuing to comb the areas liberated from terrorism in Homs northern countryside, authorities found a number of anti-tank launchers, assault rifles and large amounts of various munitions left behind by the terrorists.