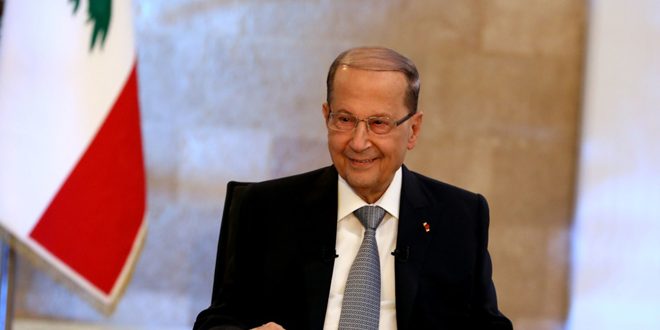 Moscow, SANA- Lebanese President Michel Aoun affirmed that US President Donald  Trump’s declaration on recognizing the annexation of the occupied Syrian Golan to the Israeli occupation entity contradicts with the international law and Security Council’s resolutions.

President Aoun’s remarks came during a meeting with Chairman of the Russian State Duma Vyacheslav Volodin.

“No president of a foreign state has the right to take decisions about the others’ lands and this issue contradicts completely with the international law,” President Aoun said, warning that this issue represents a dangerous escalation in the region.

President Aoun, who is currently paying an official visit to Russia, affirmed that the Golan is an occupied Syrian land and that there are also parts of the Lebanese territories which are occupied.