Speaker Sabbagh at AIPU conference: Syria’s victory over terrorism is a victory for all Arabs 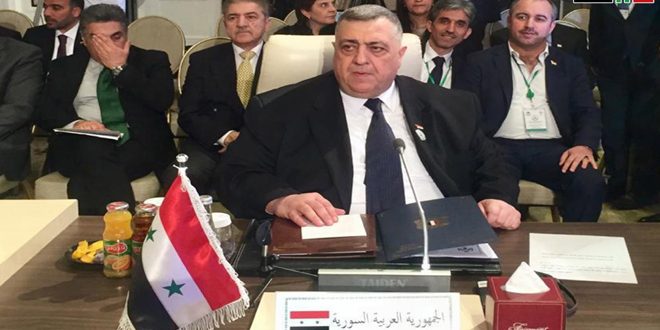 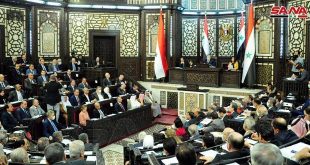 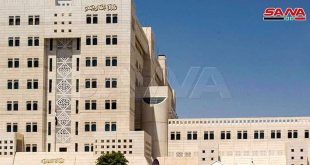 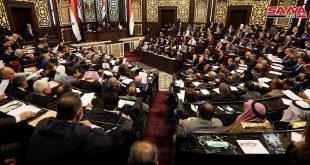 Amman, SANA – Speaker of the People’s Assembly Hammoudeh Sabbagh said in a speech at the 29th conference of the Arab Inter-Parliamentary Union (AIPU) currently being held in Amman, Jordan, that Al Quds (Jerusalem) is the essence of Arabism, and defending them is defense of Palestine and the existence of the Arab nation.

Sabbagh said that Syria’s victory over terrorism is a victory for all Arabs and the region, and that with this victory, and that this victory will herald a new, more balanced world order.

He said that the Syrian people are making great sacrifices in defense of their country, despite the great imbalance in power between them and the many enemies rallying against them including the NATO, the Israeli enemy, and their terrorist mercenaries who came from all over the globe.

The Speaker noted that despite the unprecedented scale of terrorism targeting them, along with the psychological and media war and diplomatic and economic embargo, the Syrians proved that true strength lies in unbeatable willpower.

He concluded by lauding the AIPU conference and the role of the parliamentary establishment in realizing the interests of Arab peoples. 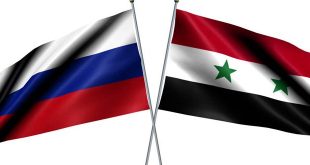 Damascus and Moscow: Continuing efforts to secure return of Syrian refugees to their liberated areas

Damascus, SANA- The Syrian and Russian Coordination Commissions for the Return of the Displaced Syrians …