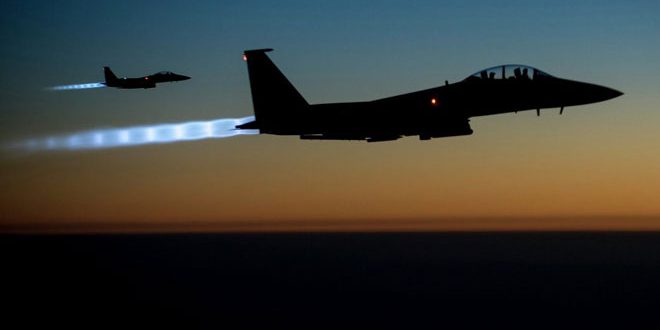 Deir Ezzor, SANA – The warplanes of the US-led international coalition committed a new massacre against civilians from al-Sousa town in the countryside of al-Bukamal city southeast of Deir Ezzor.

Local sources told SANA that the coalition’s warplanes carried out an airstrike targeting a group of civilians fleeing al-Sousa town to escape the coalition’s arbitrary bombardments and the crimes of Daesh (ISIS) terrorists that are present in the town, killing and injuring many of the civilians.

The sources said that scores of families from al-Sousa have been fleeing the airstrikes of the coalition that have been targeting their homes for days.