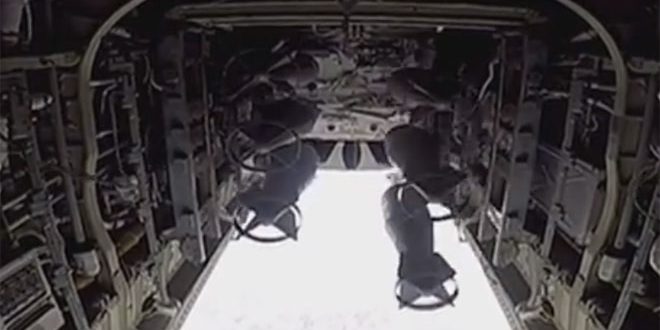 “On November 2, while providing support for the Syrian government troops in routing militants of ISIS in east Syria, in the province of Deir Ezzor, six Tu-22M3 long-range bombers of Russia’s Aerospace Force delivered a massive strike on ISIS facilities near the town of al-Bokamal,” the Russian Defense Ministry said.

The data registering equipment has confirmed that all the designated targets have been destroyed, according to the ministry.