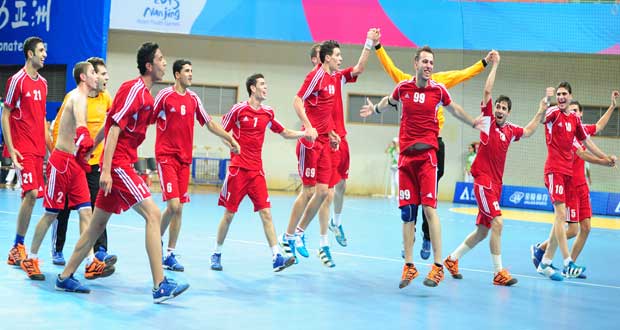 Damascus, SANA – Full of enthusiasm and driven by dogged determination to score new achievements, members of the Syrian national athletics teams have stepped up preparations to take part in the 17th Asian Games 2014 due to be held in Incheon, South Korea.

The Syrian athletes seem brimming with hope to present remarkable performance in their 9th participation in the Asian Games, also known as Asiad, which are scheduled from September 15 to October 6.

In its first participation in Asiad, which was hosted by Thailand in 1978, Syria won a gold medal in weightlifting.

In the upcoming Asian Games Incheon, the Syrian athletes, who amount to 35, will compete in 11 games, seeking to leave their mark this time hopefully to make up for their colleagues’ unsuccessful experience in the second Summer Youth Olympic Games that was recently held in the Chinese city of Nanjing.

“We seek to achieve the best possible results in the tournament,” Member of the Executive Office of the General Sports Federation, Ibrahim Abazeed, said in a statement to SANA.

He noted that the selection of the participating athletes was based on the high levels of performance they showed at the training camps.

This tournament of Asiad, Abazeed said, “is a key experience in terms of evaluation to get to know the real level of the Syrian sport.”

“We will have a comprehensive assessment of the whole Syrian participation to know how far we have reached, and accordingly start from that point to build the future of our sport on the right bases,” he added.

While Syria started off relatively well in its first Asiad participation by earning a gold medal, it kept progressing to score another gold medal in weightlifting and two other silver and bronze medals in boxing in the tournament that was held in 1982 in New Delhi, India.

In Beijing Asiad in 1990, Syria won three gold medals in boxing and two bronzes in wrestling.

However, the Hiroshima Asian Games of 1994 marked Syria’s best performance with it winning 3 gold, 3 silver and 1 bronze medals.

In the next tournament in Bangkok, 1998, the Syrian athletes tried to keep on an even keel, scoring 2 silver medals in wrestling and 4 bronzes in karate, boxing and swimming.

The 2002 Asian Games in Busan, South Korea, unfortunately proved disappointing for the Syrian athletes with them getting only 3 bronze medals in boxing and wrestling.

They however seemed to have managed to get a grip in the 2006 Asiad held in Doha, Qatar, where they won 2 gold medals in swimming and weightlifting, a silver in karate and 3 bronzes in boxing, wrestling and bodybuilding.

One gold medal and another bronze won were the total score of the Syrian athletes in the 2010 Asiad in Guangzhou, China. Both medals were won in the boxing competitions. 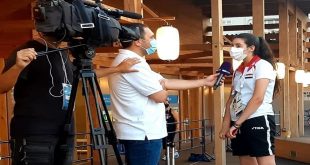 Damascus. SANA- Despite losing, and bidding farewell to the table tennis competition, the 12-year-old Syrian …