One killed, others injured in terrorist attacks in Deir Ezzor and Daraa 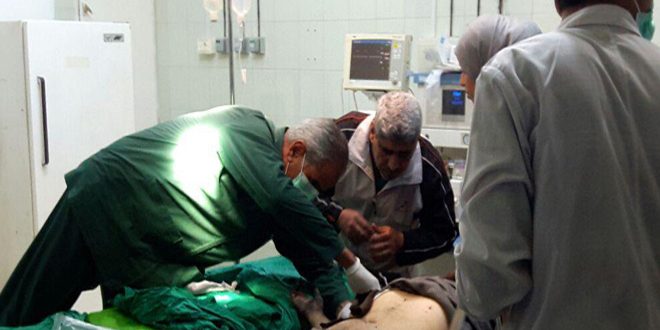 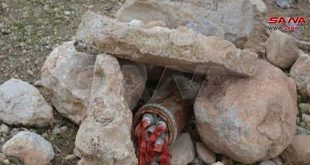 Deir Ezzor/Daraa SANA – One person was killed, five others were injured due to terrorist attack with shells on al-Qusour neighborhood in DeirEzzor city.

SANA correspondent in Deir Ezzor said the terrorist groups targeted on Thursday evening al-Qusour residential neighborhood with a number of mortar shells, leaving one person dead and injuring five others, in addition to causing material damage.

In a relevant context, a child and a woman were injured when terrorist groups opened fire indiscriminately on al-Kashef and al-Dahia neighborhoods in Daraa city.

SANA reporter in Daraa said that the terrorist organizations positioned in al-Naziheen camp and Daraa al-Balad opened fire indiscriminately on Friday at al-Kashef and al-Dahia neighborhoods, leaving a child and a woman wounded.

The reporter said that the child was transported to a hospital in Damascus because of his serious injuries.