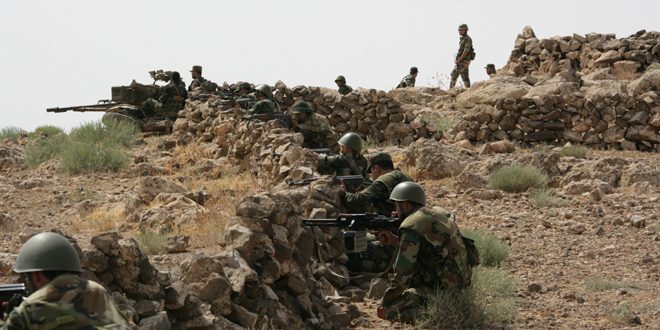 Provinces, SANA – The Syrian Air Force destroyed ISIS terrorists’ hideouts in Deir Ezzor in strikes that targeted their positions and gatherings during the past few hours.

SANA’s reporter said that army units clashed with ISIS terrorists at the southern outskirts of Deir Ezzor city and at the vicinity of the Airport, killing or injuring many of the terrorists.

The reporter pointed out that the clashes were coincided with airstrikes on the hills located to the south of the city where a vehicle equipped with a machinegun and a number of hideouts were destroyed.

On a relevant note, a young man set fire to an ISIS media center in al-Hattla village to the north of Deir Ezzor city, according to local sources.

The sources confirmed that the terrorist nicknamed “Abu Torab” who was the “administration official” ISIS in al-Bogheilia and Ayash areas and the terrorist Othman Sultan who was the head of al-Quoria media center have escaped.

The sources also confirmed that the terrorist Saleh Mohammad al-Khleif, a senior security member of ISIS, has also escaped to the eastern countryside, taking huge sums of money with him.

Meanwhile, units of the army established control over a number of strategic points and hills to the north of al-Hil oil field in Palmyra countryside and killed a number of ISIS terrorists. 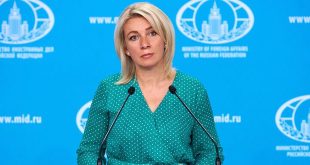 MOSCOW, SANA-US President Joe Biden should issue a reply as to whether the United States …