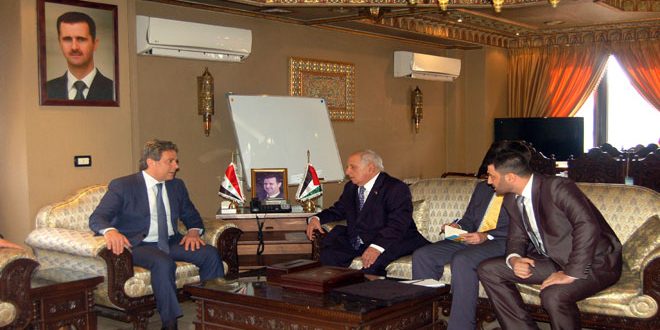 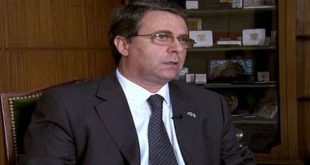 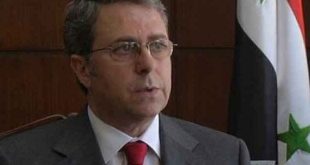 Damascus, SANA- Minister of Economy and Foreign Trade Adib Mayyaleh on Monday met the charge d’affaires of the Brazilian Embassy in Damascus Achilles Zaluar and Michel Halabi the Secretary-General of the Arab-Brazilian Chamber of Commerce, discussing with them mechanisms to enhance economic relations between the two countries.

They also discussed the promotion of trade exchange between the two sides and ways to encourage the participation of the Syrian and Brazilian companies in exhibitions held in the two countries.

The Minister expressed appreciation for the Brazilian government and people for their firm stances towards the Syrian people despite the pressures practiced by the some states on the Latin American countries to adopt a hostile attitude towards what is happening in Syria.

Mayyaleh called on Brazilian companies to participate in the 59th session of Damascus International Fair which will form a new starting point for Brazilian and Syrian businessmen to achieve real partnerships between the two sides in the industrial, commercial, and investment fields.

For his part, Zaluar expressed his country’s readiness to offer all possible facilitations to enhance the economic and trade relations between the two countries, adding that he seeks to organize a visit for a delegation of Brazilian businessmen to Damascus in the near future to discuss ways to deepen cooperation in many fields, both in imports & exports and investments.