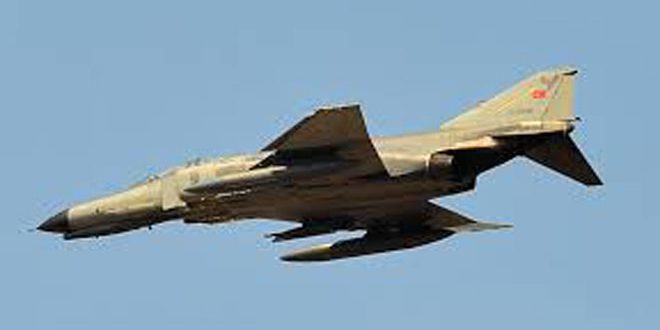 Aleppo, SANA- Turkish warplanes committed a new massacre in the city of al-Bab northeast of Aleppo city, claiming the lives of 24 civilians and injuring scores others.

Local and media sources said that Turkish warplanes targeted on Thursday the residential neighborhoods of al-Bab city, killing 24 persons, among them 7 children and 10 women, and injuring tens others.

The sources added that many are still missing under the rubble of the collapsed residential buildings due to the violent raids, which makes the toll of martyrs and wounded persons likely to rise.