The army establishes control over new areas in Eastern Ghouta-VIDEO 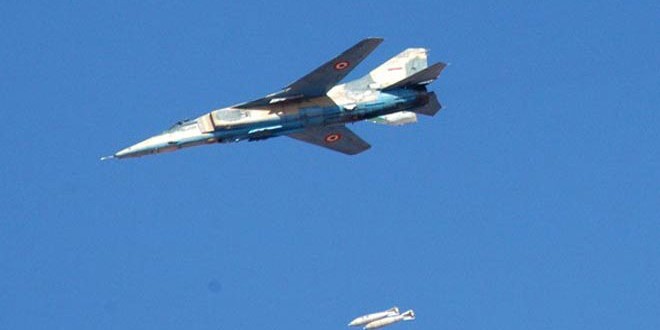 Provinces, SANA – ISIS and other terrorist organizations have suffered more losses as the army continued its operations against their positions across the country, destroying their vehicles and equipment and leaving many of their members dead.

A military source announced that control has been established over new areas in the Eastern Ghouta in Damascus Countryside after inflicting heavy losses on terrorists.

The source told SANA that an Army and Armed Forces unit, in cooperation with popular defense groups, established control over a number of farms between al-Bahariya and al-Maida’a in the southeastern part of Ghouta.

The source added that this was achieved following violent clashes with terrorists that resulted in destroying their fortified positions and weapons, leaving many of them dead or injured, and sending the remaining terrorists fleeing.

The airstrikes left many ISIS centers and vehicles destroyed.

The army’s air force targeted a gathering of vehicles for ISIS terrorist organization in the vicinity of Hweisis village, 75 km east of Homs city.

One of ISIS main positions and a number of vehicles loaded with arms and ammunition were destroyed in army airstrikes to the southeast of Palmyra city in Homs eastern countryside.

An army unit launched intensive strikes against the gatherings of Jabhat al-Nusra in al-Naima town to the east of Daraa city.

The strikes destroyed artillery emplacements and mortar launchers, killing a number of terrorists and injuring many others.

An army unit destroyed three ISIS vehicles equipped with machineguns to the southeast of al-Qassr village in the southern Sweida province. 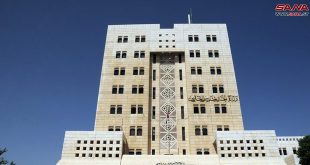