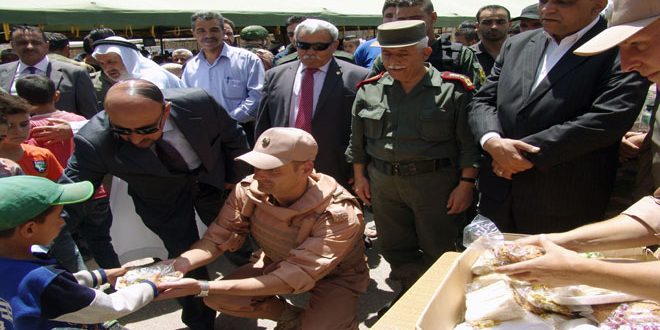 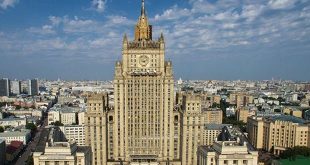 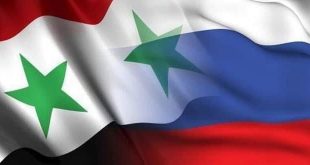 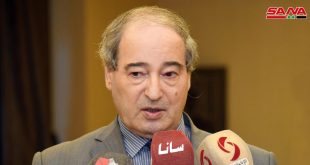 Daraa, SANA- Daraa governorate distributed humanitarian aid including food and other essential items offered by the Russian government to the locals and the displaced people in Tebneh town in Daraa countryside on Wednesday.

Al-Hannous pointed out the role of Russian friends and their continued support for the efforts of the Syrian Arab Army in fighting terrorism in parallel with providing the humanitarian aid to enhance the steadfastness of the Syrian people, expressing thanks to the Russian leadership and people for their support for Syria in facing the terrorist war.

Locals in the town thanked Russia for the aid, emphasizing that Syria will achieve victory with the sacrifices of and steadfastness of its people and the heroism of the Syrian Army.

During the past few weeks, humanitarian aid offered by Russia was distributed in cooperation with Daraa governorate to locals in the towns and villages of Jbab, Ezra and Qarfa and Khabab. 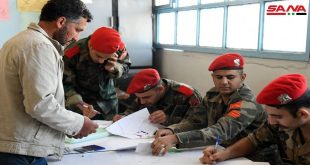 Tens of militants, wanted persons have their cases settled in a number of al-Yarmouk basin regions in Daraa countryside

Daraa, SANA-Tens of militants, wanted persons and deserters from military service had their cases settled …