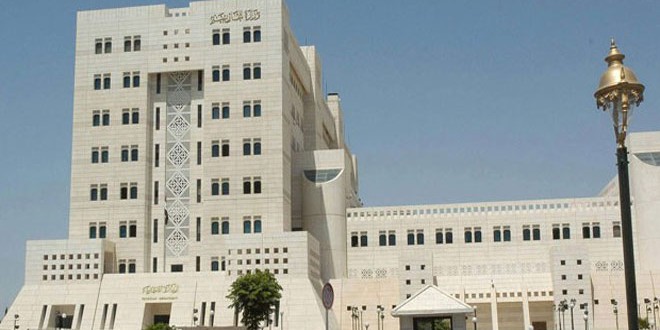 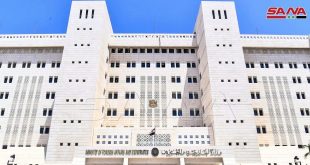 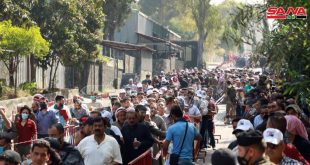 Foreign Ministry: Syrians’ performance of their duty in presidential entitlement expression of commitment to Homeland

Damascus, SANA – The Syrian Foreign and Expatriates Ministry sent two identical letters to the UN Secretary-General and the head of the Security Council regarding the terrorist bombings that took place in the cities of Tartous and Jableh on Monday.

In the letters, the Ministry said that terrorists targeted the cities of Tartous and Jableh with 4 car bombs and 3 suicide bombers wearing explosive belts, with terrorists detonating one car bomb at the main bus station in Tartous, followed by two suicide bombers with explosive belts carrying out attacks, one inside the bus station and the other in a nearby residential neighborhood. “Ahrar al-Cham” terror organization claimed responsibility for these attacks.

The letters went on to say that at the same time, terrorists detonated three car bombs in Jableh city; two targeted the main bus station in the city at the same time, while the third attacked the Electricity Directorate, and after that a suicide bomber with an explosive belt carried out an attack at the entrance of the ER at Jableh National Hospital, exploiting the crowds there as the hospital was receiving injured victims of the car bomb attacks.

The Ministry said that these seven bombings claimed the lives of dozens of civilians and injured dozens more, most of them sustaining severe injuries, adding that most of the victims are women and children, and that the attacks also caused massive damage to properties, infrastructure, and nearby houses.

The Ministry asserted that these terrorist bombings constitute a serious escalation by the extremist and malicious regimes of Riyadh, Ankara, and Doha, and that they seek to undermine the efforts that aim at stopping the shedding of Syrian blood, and they also seek to derail the Geneva talks and the cessation of hostilities and truce arrangements, as well as turning attention away from the Syrian Arab Army’s achievements in the war against terrorism.

The Ministry stressed that certain states’ persistence in imposing a policy of silence on the Security Council regarding the heinous crimes committed by terrorist groups across Syria, and the refusal of those same states to have the Security Council take deterring, immediate, and punitive measures against the states and regimes and that support terrorism – particularly the regimes in Riyadh, Ankara, and Doha – inspires these regimes to continue directing their terrorist pawns in Syria to commit massacres against the Syrian people.

The Ministry added that this conduct also leads to destabilizing peace and security in the region and the world as terrorism is used as a tool for political extortion and pressure.

The letters noted that the refusal by the representatives of the US, France, Britain, and Ukraine at the Security Council to approve listing “Jaish al-Islam” and “Ahrar al-Cham” among the Council’s list of terrorist organizations and entities, and their insistence on referring to these two terror organizations as “moderate armed opposition” confirms that these states and others are still adopting a policy of overlooking these terrorist organizations’ crimes, as well as showcasing these states’ lack of seriousness in combating terrorism.

The Ministry asserted that the Syrian government will not allow such terrorist crimes and massacres to dissuade it from fulfilling its duties in combating terrorism and working towards a political solution for the crisis in Syria through an intra-Syrian dialogue led by the Syrians themselves.

The letters concluded by demanding that the Security Council and the UN Secretary-General condemn these terrorist bombings immediately and sternly, in addition to demanding that the Security Council take deterring, immediate, and punitive measures against the states and regimes and that support terrorism, particularly the regimes in Riyadh, Ankara, and Doha, stop said states from supporting terrorism and tampering with international peace and security, and force them to comply with relevant Security Council resolutions. 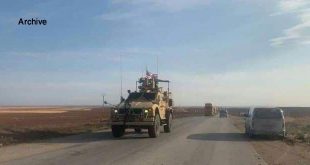 Hasaka, SANA-The US occupation forces on Thursday brought in a convoy loaded with materials, logistic …