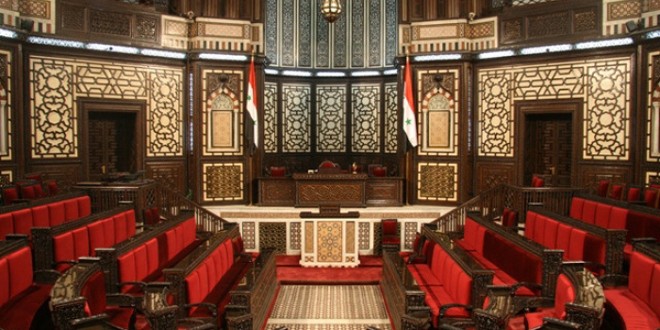 Damascus, SANA, The electoral silence for People’s Assembly elections came into effect at 07:00 on Tuesday morning as it was announced on Monday by the Higher Judicial Committee for Elections (HJCE).

Decree No. 63 set Wednesday, April 13th, 2016 as a date for electing members of the People’s Assembly for the 2nd legislative term.

On Monday, Head of HJCE Hisham al-Sha’ar told SANA said that electoral silence would start Tuesday morning at 07:00 and candidates would not be allowed to conduct any kind of electoral promotion, pointing out that the concerned authorities in provinces will remove banners, placards and promotions for the elections’
candidates.

Article 58 of the General Elections Law states that promotion for election candidates will stop 24 hours prior to the set date for the elections.

Earlier, HJCE affirmed preparations for holding the upcoming elections of the People’s Assembly as the logistic procedures have been completed for polling stations which exceed 7,000  in the provinces across the country.