Presidents al-Assad, Putin stress the importance of going ahead in combating ISIS, Jabhat al-Nusra and other terrorist organizations 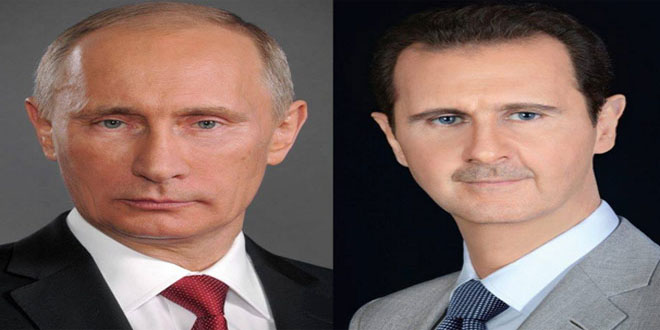 President al-Assad asserted, during the phone call, government’s readiness to contribute to implementing the cessation of the fighting actions.

Presidents al-Assad and Putin stressed during the summit which was held in Moscow last October that the final say regarding the future of Syria must be without doubt for the Syrian people.