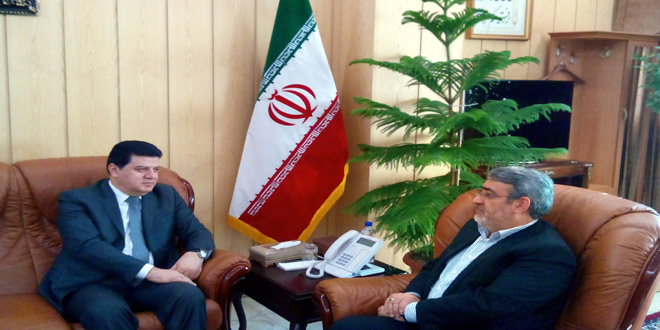 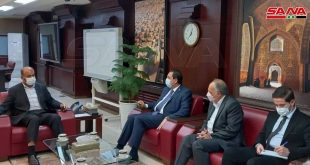 Tehran, SANA-Iranian Interior Minister Abdulreza Rahmani Fazli asserted the importance of coordination among Syria, Russia, Iran and Iraq in the fight against terrorism.

“The fight against terrorism requires taking tangible steps represented by cutting off the artery of support to the Takfiri terrorist organizations, stopping to provide them with funds and arms in addition to putting an end to the terrorists’ influx to Syria,” Fazli said during meeting Syria’s Ambassador to Iran Adanan Mahmoud on Monday.

He called on the western countries to correct their mistakes in light of extending the threat of terrorism in the region.

The Minister highlighted Iran’s continuous support to the Syrian government and people in the fight against terrorism to restore Syria’s stability and security and to go ahead with the political track through Syrian-Syrian dialogue without external intervention and dictations.

Mahmoud, in turn, affirmed that the main threat that targets the region and the world is the direct and organic link between the terrorist organizations and some of the region’s countries such as Turkey, Saudi Arabia and Qatar.

He pointed out that the track pursued by Syria, the Russian Federation and the Islamic Republic of Iran is the active and successful style in the fight against terrorism.