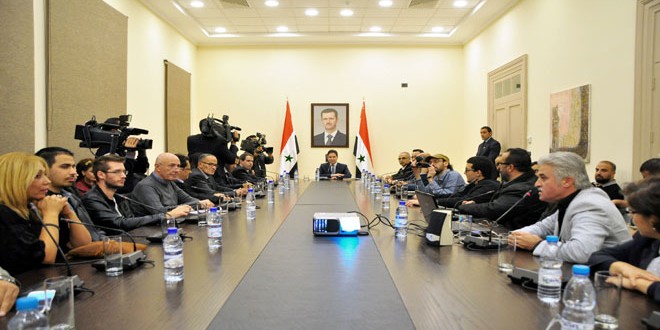 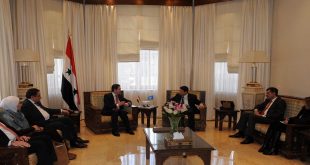 Tourism Minister: Necessity to focus on business and religious tourism to revive the liberated areas 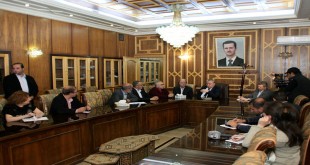 Lawful battle no less important than the political one, Justice Minster asserts 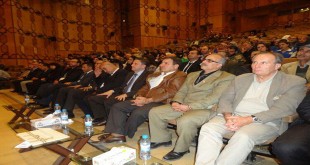 Damascus, SANA – Minister of Tourism Bishr Yazigi asserted that tourist sector has got a large share of the terrorist attacks aiming at marginalizing and destroying the Syrian civilization.

Meeting the Arab-European delegation to support Syria, Yazigi asserted that the misrepresentations adopted by some hostile media outlets on the real situation in Syria reflected negatively on the Tourism sector, where it was one of the first affected sectors.

He clarified that “Syria lost many of its important archaeological and heritage sites due to systematic acts of vandalism at the hands of the terrorist organizations, however, the Ministry works to restore and protect them …. and today there are people who come to Syria to see the damage lifted by the terrorist organizations on the monuments and their crimes against the civilization and humanity.”

“Tourism sector began to revive thanks to the Syrian Army that restored security to many tourist and archaeological areas”, he said, adding that the 2014/2015 religious and internal tourism season witnessed a noticeable turnout and the work at the hotels reached a high percentage mainly at occasions and holidays.

In Turn, Delegation’ members expressed readiness to participate in the tourist projects, asserting that they will convey a real situation of Syria to their people to encourage them to visit Syria and enjoy its tourist sites.