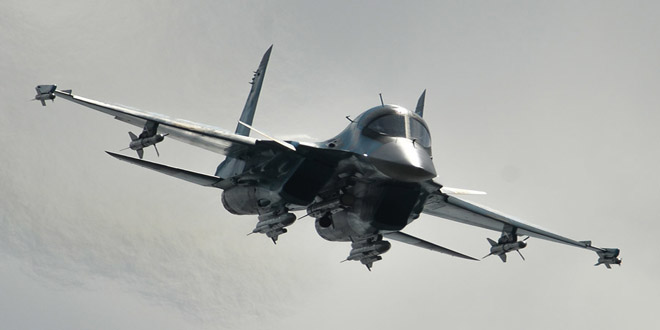 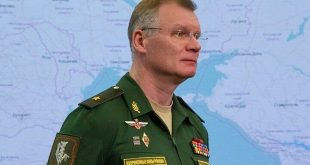 Moscow, SANA- Russian Defense Ministry announced on Wednesday that Russian air force struck 40 sites for the Islamic State in Iraq and Syria (ISIS) in the countryside of Aleppo, Idleb, Lattakia, Hama and Deir Ezzor in the past 24 hours.

An attack by Su-25SM destroyed two ISIS arms depots along with their fuel supplies in the area surrounding Hreitan, he added.

Konachenkov pointed out that Russian aircrafts also bombed terrorist workshops which were used to repair armored vehicles and equip SUV vehicles with mortars, heavy machineguns and anti-aircraft artillery systems which were located 13 kilometers from Aleppo, noting that a SU-34 warplane destroyed ISIS base which was used for making explosives in Aleppo countryside.

In Hama and Lattakia provinces, SU-24 bombers eliminated ammunition depots and destroyed a command post for an ISIS group in the vicinity of Deir Ezzor city via SU-24 warplane.