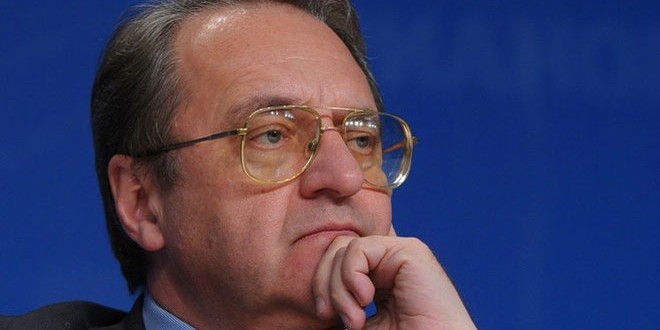 “Four intra-Syrian groups should be formed in Geneva and a meeting of the contact group from the most influential foreign players should be moved to October after the UN General Assembly session I believe” Bogdanov told Sputnik News Agency.

“We have named the participants as being Russia, the United States, Saudi Arabia, Turkey, and Egypt,” Bogdanov added, highlighting that “others may also be invited”.

Deputy foreign minister also said that a “new round of intra-Syrian talks may be held in Moscow by the end of the year”.

“(A meeting) is possible, of course. It’s so far too early to speak of concrete dates because we’re not doing this for ourselves, but for the Syrians. If the Syrians have a desire to talk in Moscow, then we are always ready to give them a venue for such meetings,” Bogdanov said.

International Contact Group on Syria 2015-09-28
Reem
Share
Previous Putin: Russia will not participate in any military operations in Syria
Next More than 63,000 food items distributed among displaced families in Hasaka