Academy of Cinema in Lattakia celebrates graduation of first batch 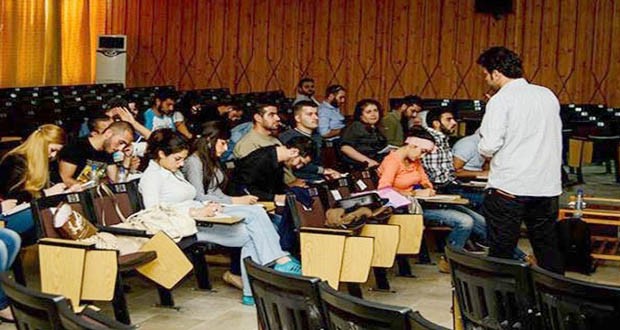 Lattakia, SANA 27 students of the Academy of Cinema in Lattakia presented five short films as joint graduation projects during the graduation ceremony held at the Central Library of Tishreen University.

The celebration was organized by the University in cooperation with the Syrian Youth Council and the Syria Trust for Development.

The students have been subjected to a four-month intensified training course in the fields of scenario, directing, montage, sound and production management.

Scientific Director of the Academy Bashar Abbas told SANA that the idea of the establishment of the academy was emerged due to the huge numbers of the talented youth in the cinema field who have participated in the Steps Cinema Festival, held annually in Lattakia.

The course aimed at framing those youth energies and training them academically in order to gain expertise and knowledge needed for promoting the cinematic status in Syria, Abbas added.

Abbas stressed that during a very short time and intensified work; we were able to offer a comprehensive program for those who want to study this art. The 4-month training course was distributed on two parts; two months were dedicated for theoretical study and the other two months for practical training.

The students set 5 short films during the course as they wrote the texts, directed and played them, in addition to conducting the montage operations and other logistic works, he went on to say.

Abbas pointed out that the Academy plans for holding cooperation with the General Company of TV Production which will positively affect the technical status of the students of the academy and enable them to be engaged in the realm of the cinema work.

The Academy also studies the possibility of participating in the international short films festivals in light of the existence of remarkable competencies. 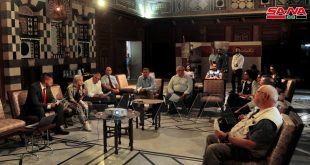