Damascus, SANA The Syrian Government decided to close Nassib border crossing as of today morning, April 2nd, 2015 until further notice, in response to the Jordanian regime’s unilateral measures taken Wednesday, A source at the Foreign and Expatriates Ministry said Thursday.

Accordingly, the crossing is completely closed and any crossing through it is considered illegal, the source added.

An official source at the Foreign and Expatriates Ministry said that Syria holds the Jordanian authorities responsible for obstructing the
movement of trucks and passengers and any ensuing economic or social repercussions. 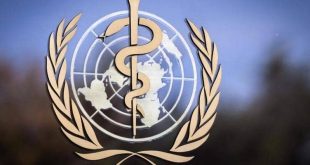 WHO: COVID19 may never end before it disappears from the whole world

Geneva, SANA- The World Health Organization(WHO) stressed that COVID19 epidemic will never end before it …