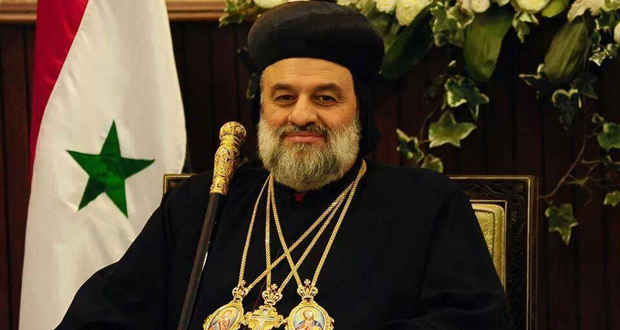 Beirut, SANA. Mor Ignatius Aphrem II, Patriarch of Antioch and All the East and Supreme Head of the Universal Syriac Orthodox Church, said that the Syrian people in their entirety are looking forward to an anew age following the recent presidential elections.

In an interview given to al-Mayadeen TV on Sunday, Patriarch Aphrem II said that like the rest of the Syrian people, members of the Syriac Orthodox Church are suffering on daily basis due to terrorism, but they are determined to live on and rebuild Syria.

The Patriarch said he was resolved to make his seat in Damascus, despite all attempts from neighboring countries to relocate it elsewhere.

He said that terrorist groups destroyed many churches in Syria, abducted bishops John Ibrahim and Paul Yazigi, destroyed many schools and establishments, and targeted innocent people.

Patriarch Aphrem II said that the church is tasked with rallying people inside the country and abroad to help provide aid to families affected by the crisis that has been raging on for over three years.