Syrians in Slovakia hail unity between Syrian army and people 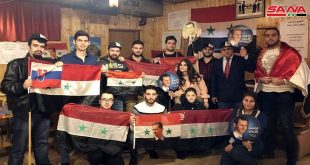 Bratislava, SANA – The Syrian community in Slovakia stressed Sunday that Syria is the cradle of culture and pillar of Arabism and resistance, hailing the unity between its people and army.

On the 52nd anniversary of March 8th Revolution, the Community affirmed, in a statement, that Syria will triumph over terrorism and restore security, safety and stability.

The statement expressed appreciation of the Syrian army sacrifices in defending country’s territorial unity and the safety of its people.

The victories of the Syrian army against terrorism coincided with the track of the national reconciliations for finding a national, political solution to the crisis, which fulfills the aspirations of all spectrums of the Syrian people far from foreign dictations and conditions, the statement said. 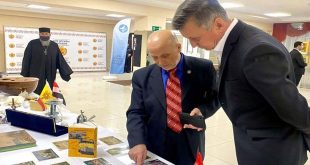