Foreign Ministry: lands cleared of mines in Darayya handed over to Syrian authorities 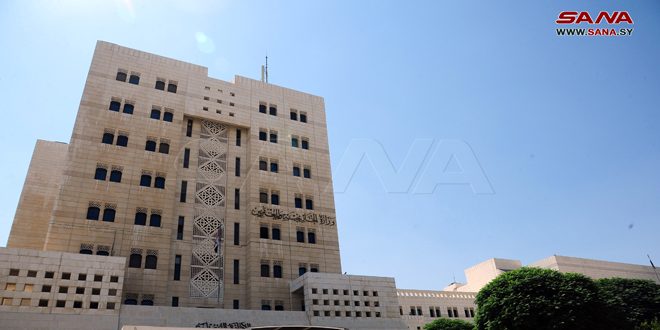 Damascus, SANA-The Armenia’s Center for Humanitarian Demining and Expertise (CHDE)  in cooperation with the office of the UN Mine Action Service (UNMAS),under the supervision of the Syrian National Committee for Mine Action,handed  over the  lands cleared of mines to the  Syrian authorities  in Darayya, Damascus countryside.

Foreign and Expatriates Ministry said in a statement that the cleared lands in Darayya were handed over to the Ministries of Defense and Local Administration and Environment, in the presence of representatives of some donor and friendly countries.

The statement quoted the representative of the Syrian National Committee concerned as saying that the mines and explosive devices throughout the country’s areas threat the lives of citizens and a reason for obstructing development efforts and the return of the people to their villages and towns.

Representative of the committee said the foreign ministry signed a memorandum of understanding on July 4, 2022 with UNMAS, according to which both sides will cooperate in implementing various relevant projects.

“The Syrian government has also signed a MoU with Norwegian People’s Aid which will soon be in progress of mine and UXO clearance in Yarmouk area”, he added.

the office of the UN Mine Action Service (UNMAS) 2022-12-01
Mhamad
Share
Previous US , NATO are directly involved in Ukrainian conflict — Lavrov
Next Mikdad: Syria will continue to support the Palestinian people 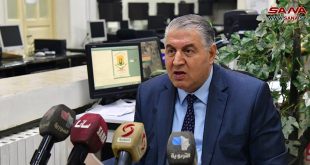 248 schools affected by earthquake hit the country on Monday