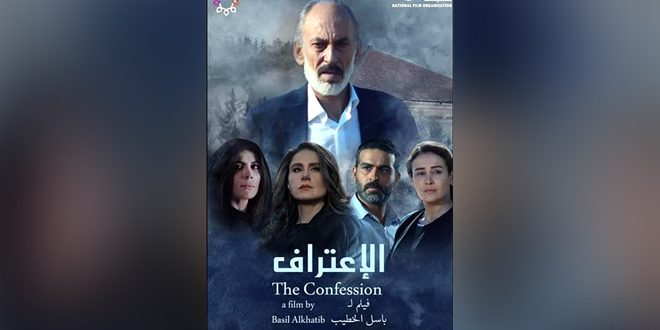 Damascus, SANA- The Syrian feature film “The Confession”, directed by Basel Al-Khatib and produced by the National Film Organization, has won The Special Jury Award in Sumer International Film Festival, held in Iraq.

The film events take place in Syria in 1980 and 2017. Tayma, a woman who tries to reveal the secrets of the past about her mother, who fled away for fear of death at the hand of terrorist group, finds herself experiencing the same story at the result.
Confession is a film about noble human values that never change over time or negative circumstances.

Heroes of the film are Ghassan Massoud, Dima Qandalaft and Mahmoud Nasr.

It is worth mentioning that film has won other awards in 2019, such as The Best Actor Award and The Best Screenplay Award in Alexandria Mediterranean Film Festival.