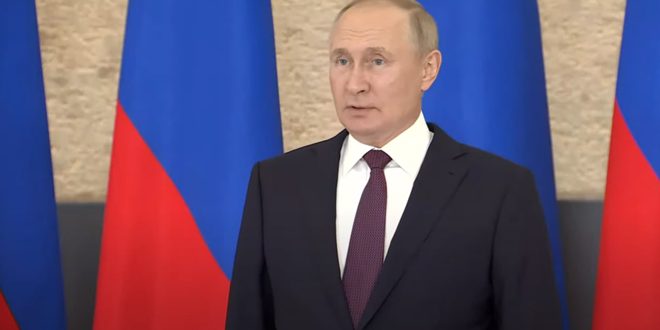 Samarkand, SANA- Russian President Vladimir Putin has said that in conducting its special military operation in Ukraine Russia is in no hurry, but steadily moves towards its end goal.

“We do not rush things. By and large there have essentially been no changes. The General Staff regards some things as important and others, of secondary importance. But the main task remains the same and it is being implemented,” Putin said in reply to a TASS question at a news conference on Friday following his visit to Uzbekistan.

“Despite the Ukrainian army’s attempts to counterattack, our offensive operations in Donbass itself do not stop. They are going on,” he said.

“They are moving at a slow pace, but systematically and gradually. The Russian army is taking ever more territories step by step,” Putin said. “Let me draw your attention to this – we are not fighting with our whole army; we are fighting there with only part of it. There are only contract soldiers. Naturally, this is due to certain parameters of the personnel and so on.”