Syrian Football Federation contracts with two coaches from The Netherlands 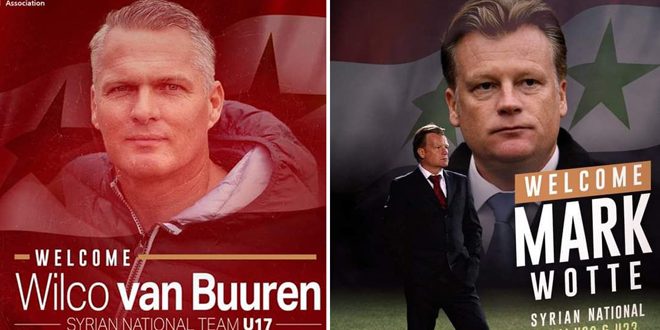 Mr. Salah Ramadan, Chairman of Syrian Football Federation said the move comes as a first step of a plan set by the Federation in cooperation with national coaches to “build the Syrian football in a correct way.”

Mark Christian Wotte (born 16 December 1960 in Enschede, Overijssel) is a football player and manager from the Netherlands. Wotte has managed teams in the Netherlands, Egypt, Qatar, England and Romania, and has also worked for the Scottish Football Association.

Wilco Van Buuren was born in 1962 in the Netherlands. He will manage the U-17 and U-15 Syrian teams.