Mikdad discusses with Velayati, advisor of the leader of the Islamic revolution in Iran, bilateral relations and issues of common interest 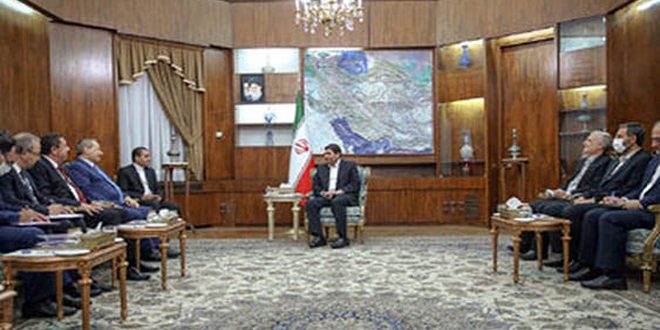 Minister Mikdad valued the stances of the Islamic Republic of Iran and its leadership in supporting Syria, noting the joint efforts of the two countries in confronting the occupation, terrorism, and the illegal US, Western and Turkish interference in Syrian territory.

In turn, Velayati affirmed that Syria is the most important link in the axis of resistance and in the defending just issues in the region and around the world, stressing that Iran will never hesitate to provide full support to Syria in various fields.

Velayati pointed out to the importance of joint cooperation between the parties involved in the axis of resistance to expel the US occupation from Syria, noting that the Zionist entity and its aides are unable to weaken Syria and undermine its national decision of resistance.

advisor of the leader of the Islamic revolution in Iran bilateral relations and issues of common interest Mikdad discusses with Velayati 2022-07-21
nisreen
Share
Previous Three policemen martyred, two injured due to a terrorist attack, Daraa countryside
Next Presidential decree extends exemption on medicinal production requirements from customs’ tariffs and taxes