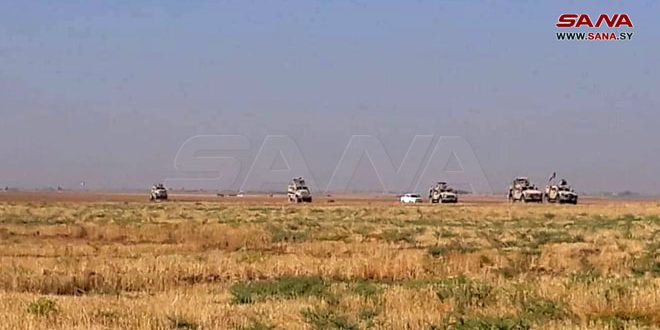 Hasaka, SANA- locals of al-Salihiya village in Qamishli countryside, supported by a Syrian Arab Army checkpoint , expelled a convoy of 5 armored vehicles of the US occupation and deter them from entering their village.

Local sources in Qamishli countryside reported that the locals and the personnel of army’s checkpoint confronted the convoy which was escorted by a four-wheel drive vehicle of QSD militia, prevented it from passing through al-Salihiya village and expelled it.

Last Tuesday, locals of al-Mujaibra village, with support of the army, confronted US occupation forces – backed military convoy that tried to enter through the village and expelled it from the area. 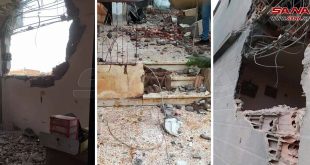 Hasaka, SANA- An act of aggression launched by the Turkish occupation forces over the past …