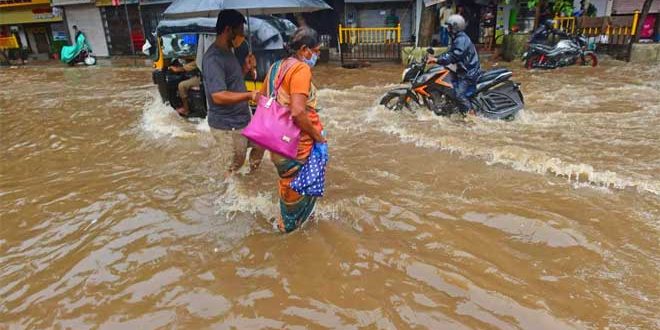 The flooding left behind a trail of destruction in the two states, inundating thousands of villages, destroying crops, damaging homes and killing at least 170 people.

local government officials in Assam told Xinhua that the floods hit 32 of its 35 districts affecting over 5.45 million people. So far 136 people have been killed and 37 others gone missing in floods and landslides across the state since mid-May incessant rains.

The heavy rains also lashed neighboring Meghalaya state, where at least 34 people have died and 11 others remained missing since April 1 due to landslides and floods, the State Disaster Management Authority in Meghalaya said.