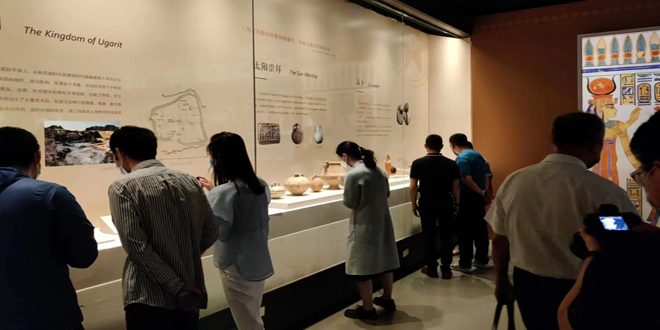 Beijing, SANA-The National Library of Beijing hosted on Saturday an exhibition for Syrian antiquities that includes a large number of artifacts lend to China in line with an agreement signed between General Directorate of Antiquities and Museums in Syria and Foundation for Art Galleries in China.

Directors of National Library of Beijing, Foundation for Chinese Exhibitions and Beijing International Fair for Creativity have welcomed that important event, describing Syrian-Chinese-Syrian relation as deep-rooted. Official of the Culture file at the Syrian Embassy in China, Fadi Wassouf, for his part, stressed the important role of that kind of exhibitions to boost rapprochement between the two friendly peoples and deepening the knowledge of Chinese people about the Syrian civilization.

In a statement to SANA correspondent in Beijing, Wassouf said that the exhibition is one of the most important cultural events that Beijing has witnessed since the outbreak of the Corona pandemic, expecting the exhibition will witness success due to the historical value of the exhibits.

A large number of media outlets attended the official launch of the exhibition that will be opened for public as of June 25th and will last for three months. 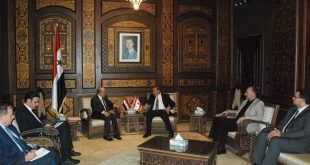 Interior Minister discusses with the Lebanese side facilitating the displaced repatriation