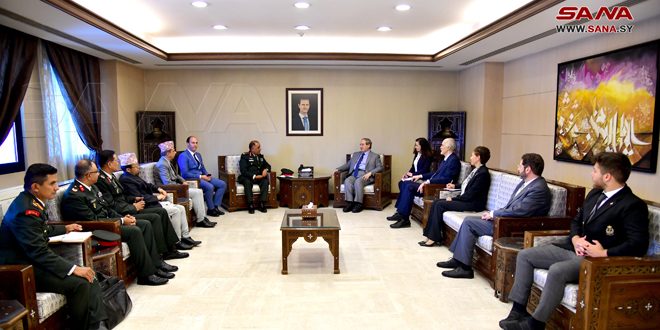 “Syria considers the presence of the United Nations peacekeeping forces important, nevertheless temporal, since stability of the region requires compliance with the relevant Security Council resolutions, which assure Israel’s decision to annex the Golan null and void with no legal effect”. Mikdad said. Pointing out “the necessity to enhance bilateral relations in all fields “.

The commander of the Nepalese army thanked Syrian for welcoming the presence of the Nepalese battalion within UNDOF, stressing that this battalion is “committed to its mandate in the occupied Syrian Golan and on respecting the sovereignty and independence of Syria”.

The Nepalese army chief stressed “the need to enhance bilateral relations”, “this visit is a first step in this context” he said.

bilateral cooperation Mikdad 2022-06-23
fedaa
Share
Previous Sabbagh: Syria spared no efforts to stand by the Palestinians to restore their rights
Next The Israeli recurrent aggressions on Syria to be discussed in the UN meetings, Lavrov