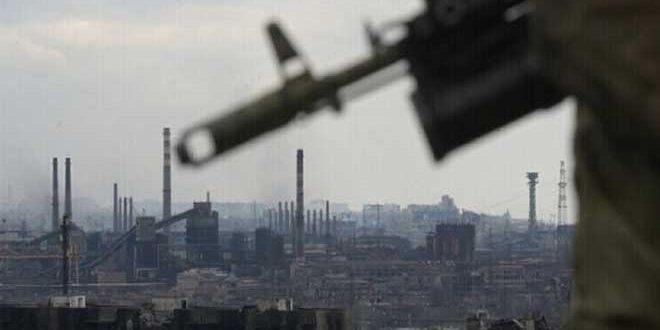 Moscow, SANA- Ambassador of the Lugansk People’s Republic (LPR) to Russia Rodion Miroshnik said Sunday that the Ukrainian militants holed up at the Azot Plant are signaling their readiness to resume negotiations.

“The militants trapped at Azot are signaling that they are ready to continue negotiations. They will continue, but the conditions of laying down arms for the militants will clearly not improve. While they tempted the fate by disrupting ceasefire agreements, the military background for them has only worsened,” RT quoted Miroshnik as saying on Telegram.

Battles for taking control on Severodonetsk city have been going on since the beginning of last May, as the Russian forces and Lugansk units liberated most of the residential suburbs of the city .