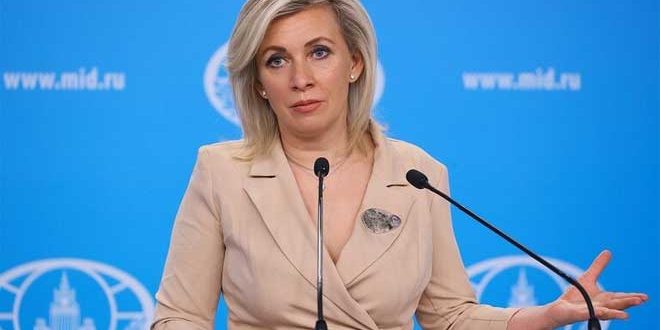 Moscow, SANA-Russia Thursday called on the Turkish regime to stop causing the deterioration of situation in Syria, saying It is not possible to guarantee security along Syrian-Turkish borders without deploying the Syrian forces there.

Russia Today website said that Foreign Ministry spokesperson, Maria Zakharova, described in a statement the Turkish regime plots against Syria as “stirring fears,” adding “We hope Ankara would avoid acts that lead to a dangerous deterioration to the difficult situation in Syria.”

“It is not possible to guarantee security along Syrian-Turkish borders without deploying forces the Syrian security forces.”