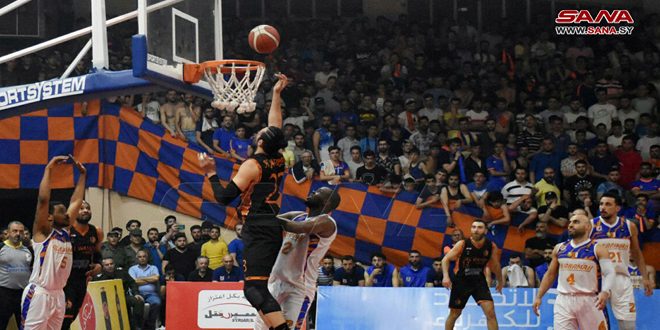 Homs, SANA-Al-Wahda Basketball Team defeated Al-Karama by 77-69 points in the 3th round of the “Final Four” semi-finals of the Men’s Basketball League, at the end of the match that was held at Ghazwan Abu Zaid Hall in Homs.
Al-Wahda advanced over Al-Karama, two wins for one loss, after winning 82-75 points in the first match of the semi-final round at Al-Fayhaa Sports Hall in Damascus, before losing by 89-74 points in the second round in a match that brought them together in the same hall. 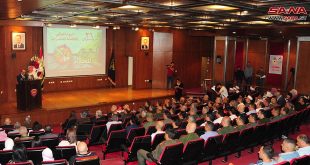 Damascus, SANA- Raising awareness of the dangers of drug use and the effective commitment of …